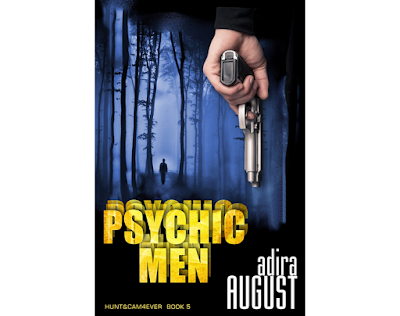 Hunter Dane and Camden Snow have settled into a satisfying routine of solving murders and hanging at the club, when they aren't expressing their affection for one another. Vigorously. A great life in an idyllic location. Until a skinny kid who barely came up to Cam's chin sought out Detective Lieutenant Dane...

"I saw my father last night," Asher Gamble told him. "He said Jason Furney's going to die and people will say I did it."

Hunt frowned. The boy's name seemed familiar. "Tell me the rest of it."

Asher locked his gaze on Hunt's as intractably as Cam ever had.

"My father killed my mother and my brother when I was two years old. He died in prison four years ago."

So much for routine. 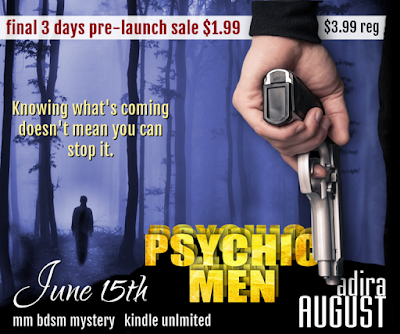 Psychic Men will be released June 15th. If you pre-order the book before then, you can get this amazing story for only $1.99. What are you waiting for?

“But I want you. I never wanted anyone before, not some specific person. I don’t do halfway any more than you do. I want you to let go. To trust me.” – Hunt

It’s hard to believe less than a year has passed since I first encountered Hunter Dane and Camden Snow. Over the course of twelve months and five books these two men have firmly established themselves as unforgettable, glorious, and favourite characters. Hunt and Cam have become real for me, I truly feel I know them, and can’t quite make myself believe that it is actually impossible to ever meet them face to face.

Like Matchstick Men and Dancing Men this book is a mystery novel as well as the continuation of Hunt and Cam’s relationship. In this review I’ll talk about these two aspects of the story separately, if only because I would like my review to make sense.

The mystery is intricate and well plotted and just a wee bit otherworldly. From the previous books we know that Hunter’s skills as an investigator are as much due to his intuitive powers, and his willingness to trust those, as to his focused approach to each case. Psychic Men takes that intuition one step further, into the realm of spirituality. While the case is solved and closed as a result of accepted investigative procedures, the lead up, aftermath, and even the motive are all deeply rooted in less earth-bound ideas. (I realise I’m being somewhat vague here, but that’s on purpose; I wouldn’t want to spoil the story or the mystery for anyone.) I want to say the otherworldly stayed well within the believable spectrum in this story. But then, I am a firm believer in intuition and premonition.

Also as in the previous books, both the crime and the players initially remain somewhat vague and disguised. The past creeps into the future and nothing and nobody is quite what it seems. But exactly what is going on and how it relates to the glimpses of the past we’re shown, is only revealed slowly, making the reader wonder, guess and second guess before being turned around again. Which of course serves to make this book unputdownable as soon you get stuck into it. And that is without mentioning the one or two truly heart stopping and danger-filled scenes. 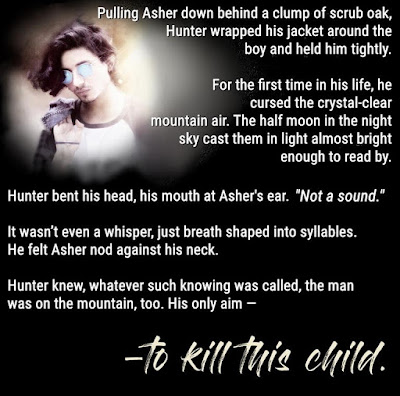 Now for our two heroes. Hunt and Cam are hot (do I hear a loud ‘Duh’?). In fact, they are at least as hot in this story as they were in the previous books and, what’s more, they continue to explore new avenues. Just when you think you know exactly how the dynamic between them works, they switch it up. The scenes where Hunt gets to control Cam for twelve hours and ‘tortures’ him with tenderness were delicious. And Hunt’s contrasting feelings when it comes to his submission to Cam will never lose their magic or fail to mesmerize me.

The gleam in Cam’s eyes promised Hunter a reprisal he looked forward to fearing and desiring and suffering and savouring.”

In On His knees Cam told Hunt the following:

“There are no limits. You have no safeword. You do nothing I do not order. I don’t stop until I’m done.
“You have one chance to walk away. Once I restrain you, nothing and no one can or will rescue you. I’m all there is.”

It isn’t until this book that both Hunt and the reader get to understand the full meaning of those words. In On His Knees those words were a warning, giving Hunt the opportunity to reconsider submitting to Cam. This time they’re an ultimatum; Cam will no longer accept anything less than all Hunt has to give; anytime, anywhere. Cam has a destination in mind for himself and the sub he loves, even if he knows the road to getting there will be strenuous.

“But building a relationship that didn’t revolve about this constant power struggle, would take all his strength and determination, as well as Hunter’s.

On His Knees | Matchstick Men | Dancing Men | Snowed In