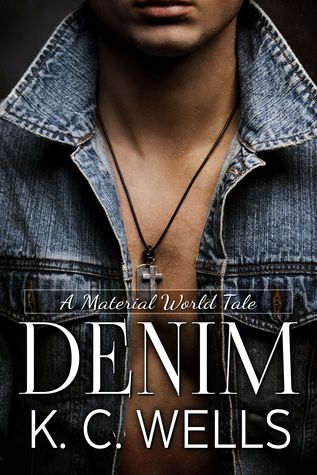 Harry has no illusions about himself. He looks in the mirror and sees a fat, ugly bloke who’s gone stale at the age of thirty-five. He wasn’t always like this–in his early twenties, he was into clubbing, dating, just like any other gay guy in London–but since he moved in to look after his mum, and her subsequent death, he’s let himself go. Besides, there’s no one to make an effort for, so why bother, right?

Tony thinks Harry is one of the sexiest bears he’s ever seen. But when he finally gets to talk to Harry, Tony soon realizes that getting to know him is going to take some effort. Not that the prospect puts him off‒Tony loves a challenge, and he’s not about to give up on Harry.

Denim is a most adorable story. It is almost a study in contrasts, especially when the story begins. Harry is so very down on himself. He can’t see the good or the beautiful in himself and refuses to believe anyone else might see him differently.

Tony, on the other hand, is a good-natured bloke with the biggest heart. And he knows a beautiful bear when he sees one. He doesn’t give up easily either, which is just as well because it Harry is slow to acknowledge him and even slower to take him seriously when he expresses an interest in Harry.

What follows is a most wonderful description of Harry crawling/being coaxed out of his shell and starting to believe—in Tony. In himself. And eventually, in the two of them together. It is impossible not to fall for Tony—hard. He’s determined without being pushy. He has a big and loud mouth which doesn’t quite manage to disguise his generous heart. His concern for and interest in all of who Harry is had me smiling most of my way through this book.

When the story starts, Harry is rather glum. He doesn’t really like himself and that makes him stand-offish. It is only as Tony teases him out of his shell that we realise that Harry has a heart at least as big as Tony’s. But it transformations don’t happen over-night and some of Harry’s decisions as he started to fall for Tony were hard for me to read. I have to admit I found myself screaming “stop being stupid” at him on more than one occasion. Which of course only meant I cared even more, and smiled even bigger when he at last came to his senses (with Tony’s assistance…of course).

Before the previous paragraph makes you think this is an angsty read, let me reassure you. While there are a few soul-searching moments in this story, overall I would call this a delightful, charming, heartwarming, and uplifting story. And that is before I mention the picture perfect epilogue.

Suffice to say that Denim is a very worthy addition to the A Material World series. And while this story completely stands on its own, I do recommend the three earlier titles as wholeheartedly as I do this book.

My reviews of the previous titles: Lace | Satin | Silk 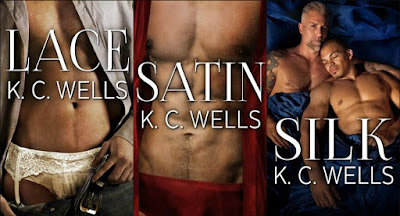