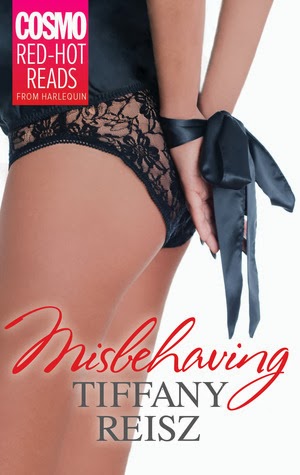 As a popular sex blogger, Beatriz gets paid to have orgasms. So being on deadline the week of her sister’s wedding isn’t as rough as it sounds. There’s just one hitch: Bea’s assignment is to write a review of a sex position manual, but she doesn’t have a plus one to play with.

The good news: Ben, the one who got away back in college, is also attending stag--and he's as temptingly gorgeous as ever.

The best news: He’s not planning on making the same mistake twice.”

I guess I should start this review by owning up to the fact that Tiffany Reisz put a spell on me when I read ‘The Siren’ and has since then managed to turn what appeared to be a wonderful embrace into something resembling a stranglehold. I don’t think this author is capable of writing a book or story that will fail to impress me. By the same token I know with 100% certainty that I will never be able to resist any of her words.

‘Misbehaving’ is a modern retelling of Shakespeare’s ‘Much Ado About Nothing’. Since my knowledge of and familiarity with the Bard’s work is negligible, I decided to at least read a summary of the play before starting this novella. I wouldn’t say it is necessary to be aux fait with ‘Much Ado’ in order to enjoy this story, but I do think it adds to the pleasure you derive from this book.

Both the play and the book are a comedy of errors centred around two couples. In the modern version Claudia and Henry are about to get married and appear to be a match made in heaven until an unfortunate misunderstanding almost puts an end to the nuptials.

Ben and Beatriz were attracted to each other when they met in college but circumstances and Henry prevented anything from happening between them. When Ben, on his last day in college, flat out refused Beatriz’s offer of sex he broke her heart. It is a decision he still regrets five years later and not a mistake he intends to make again.

When Beatriz finds herself having to review a book on sex positions but without a partner to do the necessary research with, she has a bit of a dilemma on her hands.

“‘Fuck’ she breathed. ‘Fuck what?’ the cabdriver repeated, a smile on her face. ‘No’, Beatriz said. ‘Fuck who’. That was the question.”

When Ben is made aware of Beatriz’s conundrum he does think about it for a moment.

But it doesn’t take him long to realise that it really isn’t a question.

What starts out as very entertaining fun soon turns into something more, until Henry and Claudia’s problems flow into Ben and Beatriz’s reunion and it appears that not only a wedding but also the start of something beautiful has been rudely disrupted.

‘Misbehaving’ is by far the funniest book I’ve read this year. I knew Tiffany Reisz has a wicked sense of humour from her previous books, but I don’t think I’ve laughed this much over the course of 108 pages in forever.

“Sometimes I think I’m kinky because I fantasize about slapping you. And then I realize I really just want to slap you.”

Her characters love sex and have the most glorious sexual encounters. While some of these are off the page steamy, humour is never far away here either.

“I can’t read while you’re doing that. Your vagina has rendered me illiterate.”

“‘We can have doggie style while I’m in the doghouse, right?’ Henry asked. ‘Of course.’ ‘I might just stay in it then.’”

And for anybody who is, like me, a hardcore ‘Sinners’ fan there is a nice reference to someone who happens to be one of my favourite characters in this book; a reference that managed to put a big smile on my face.

Before the story starts we read the following words: “With apologies to the Bard.” Like I said before, I’m anything but an expert when it comes to Shakespeare. I would like to think though that the man would tell Tiffany Reisz that she has nothing to apologise for. This is a very clever, very funny, very sexy and highly entertaining retelling of a famous play. It is a well told story that works on every level.

‘Misbehaving’ is a pure delight to read and the most fun I’ve had with a book so far this year. 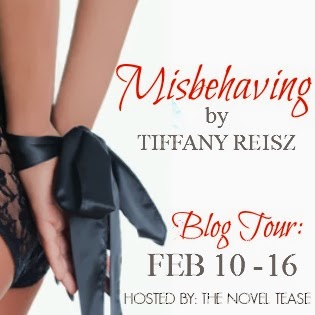 If this review has made you curious about Misbehaving you can enter a competition to win a copy here: 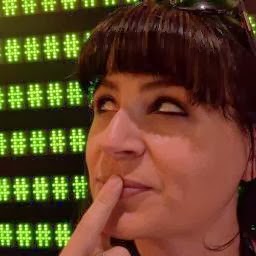 When not under arrest, Tiffany enjoys Latin Dance, Latin Men, and Latin Verbs. She dropped out of a conservative southern seminary in order to pursue her dream of becoming a smut peddler. Johnny Depp’s aunt was her fourth grade teacher. Her first full-length novel THE SIREN was inspired by a desire to tie up actor Jason Isaacs (on paper). She hopes someday life will imitate art (in bed).

If she couldn’t write, she would die.