WHERE NERVES END by L.A. Witt 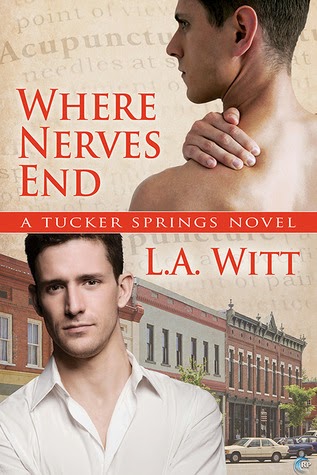 “Jason Davis can handle a breakup. And an overwhelming mortgage. And a struggling business. And the excruciating pain that keeps him up at night thanks to a shoulder injury. But all of it at once? Not so much. When his shoulder finally pushes him to a breaking point, Jason takes a friend’s advice and gives acupuncture a try.

Acupuncturist Michael Whitman is a single dad struggling to make ends meet. When a mutual friend refers Jason as a patient, and Jason suggests a roommate arrangement to alleviate their respective financial strains, Michael jumps at the opportunity.

But Jason soon finds himself regretting it—he’s too damn attracted to Michael, and living with him is harder than he thought it’d be. In fact, the temptation to act on his feelings would almost be too much if not for the fact that Michael is straight. Or at least, that’s what their mutual friend claims.”

Note: This is a revised second edition, with minor additions, of the first edition originally published elsewhere.

Anybody reading my book posts with any regularity may have noticed that I’ve developed a taste for L.A. Witt and her books. Without fail her stories and characters manage to pull me in, entertain me and leave me happy and fulfilled by the time I reach the end. ‘Where Nerves End’ was no exception to that rule.

From the moment we meet Jason Davis and Michael Whitman it is easy to like the two men with so very much on their individual plates. I had to smile at Jason’s reluctance to see an acupuncturist because he has no faith in all that alternative mumbo jumbo only for the pain in his shoulder to get so excruciating that he feels trying anything has to be better than accepting his suffering as a permanent feature in his life. His doubts about visiting Michael Whitman’s surgery disappear as soon as he sets eyes on the man and his ambivalence about the treatment soon follows.

The relationship between Jason and Michael grows naturally and although it seemed a bit of a stretch that anyone would invite their doctor to move in with them in order to ease the financial burdens both were carrying after only a few visits, it did work for me. 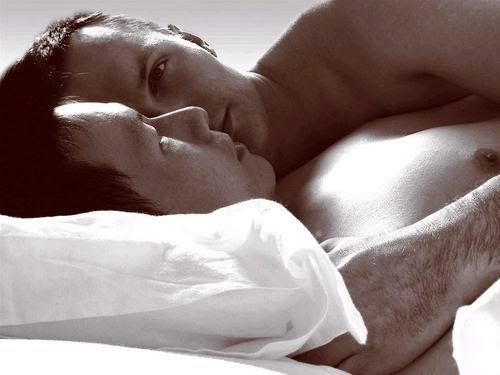 Jason’s conflicting emotions once Michael moves in were fascinating. I enjoyed the way he switched between being delighted to be living with the object of his dreams and feeling deep frustration because the man he was lusting after was not able to return his feelings.

I loved Michael’s relationship with his young son and his need to put the boy first, even if it meant denying himself what he yearned for. And may I just say that young Dylan put a huge smile on my face when he proclaimed that boyfriends are better than girlfriends because ‘girls are gross’.

Overall this was a smooth, fun and easy read with just the right balance between romance and angst to keep me happy. I remain delighted to have discovered L.A. Witt and grateful that there are still so many of her books I haven’t read yet.
Posted by Helena Stone at 20:41