A CLEAN SWEEP by Tymber Dalton

Essline Barrone left Sarasota after graduating high school and never looked back. Sixteen years later, her neatly organized world in Spokane grinds to a halt when her mom drops the bomb that Essie’s father died.

And their hoarded house is at risk of condemnation.

Mark Collins carries a torch for Essie from their brief high school romance. Now she’s returned, and it’s up to Mark and his brothers to help her save her mom’s house while TV cameras film the whole thing. But Mark, Josh, and Ted have a secret—they’re looking for a strong-willed submissive to share their bed and their lives.

Essie feels torn between a tidy, self-sufficient existence, and the three brothers who insist she’s perfect for them. Can Essie empty the clutter in her heart and spare room for the three hunks who want nothing more than to help her make a clean sweep of her emotional baggage in exchange for a new life together?

‘A Clean Sweep’ is the eight’ title in the Suncoast Society series but I can safely say it can be read and enjoyed if you haven’t read the previous books. I imagine I would have enjoyed quite a few happy reunions with familiar characters if I had read the other titles, but there were no references to older stories to trip me up.

I liked the story in ‘A Clean Sweep’ and how the author dealt with the issues in it. Tymber Dalton described the horrors of having to live with someone who is a compulsive hoarder in such a way that I could vividly imagine how soul destroying that experience would be. Her background made Essie a relatable character and her actions and thoughts completely understandable. It made sense for her to feel abandoned by her father and neglected by her mother. Her anger towards her father and the pain she experienced because she could vaguely remember what he’d been like before she lost him to his compulsion, were logical.

I liked the way the author dealt with the relationship between Essie and her mother. Of course Essie felt neglected by her mother as well but it doesn’t stop her from being there for her when Essie’s father dies. The words the mother uses to describe her feelings were powerful and inspired.

“When you truly love someone, you don’t always think with your mind. You think with your heart and with your feelings. I didn’t want to leave him. I knew if I did he would bury himself. I had no doubts about that. I gave him the best life I could, and now it’s time for me. And you.”

Surprisingly, in what is a romance, it was the building relationship that bothered me at times. For me the way Essie just accepted the idea of a relationship with the three brothers and the ease with which the three brothers all agreed that’s what they wanted, seemed too smooth. Surely there would be a lot more questioning of the set-up, especially on Essie’s part? Taking into account that the BDSM dynamic of the relationship was as new to Essie as the polyamory aspect was, I would have expected a slower build-up and maybe a few more questions.
On the other hand the sense of community and everybody’s willingness to help each other was delightful. 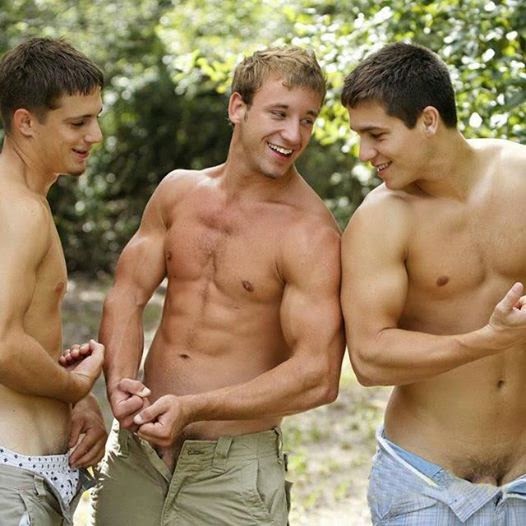 The second half of this book is very hot and the scenes are vivid. Not all of it was equally enticing to me but I’m fully aware that is the result of personal preferences rather than any shortcomings on the author’s part so that was not taken into account when rating this book.

On the other hand there were some scenes that took my breath away. The moment when the three brothers explain to Essie what it would mean to each of them if she was theirs was wonderful; as was the collaring scene near the end of the book.

While this story deals with real issues and does so with care this never felt like a heavy read. Quite a few incidents or conversations brought smiles to my face and I also have to admit to one or two laugh out loud moments. Overall this was a delightful introduction to Tymber Dalton’s work and I’d be surprised if I didn’t pick up another book by her in the not too distant future.
Posted by Helena Stone at 10:40