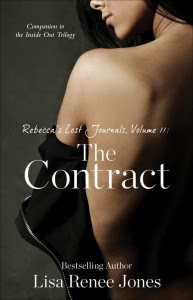 In the second sultry e-short of excerpts from Rebecca’s Lost Journals, Rebecca is faced with a contract to be a submissive that she doesn’t want to sign—and her would-be Master has unusual methods of convincing her…

After her enticing night with the man she only refers to as “Him” and “Master”, Rebecca is left conflicted about what she wants. He has sent her away with a contract; a contract which, once she signs it, would make her His submissive. The contract however is filled with conditions which are just as confusing as her reaction to them:

“In so many ways, it’s what I want. No ties. No emotions. No interference in my job and career goals. Yet he wants to own my mind, time, body and heart. It’s very confusing.”

While the rational part of her tells Rebecca to just reject the whole idea, she finds herself returning to the contract time and again, contemplating the idea of signing it and submitting to Him, rejecting it and considering it again.

“What’s even more confusing is that I’m not saying no to this.”

The rest of her life is going from strength to strength though. She loves her job in the Riptide art gallery and is delighted with the successes she achieves there. But even underneath her pride and pleasure at doing the job she loves well, is the constant push and pull of the contract. The thing and the man are never far from her mind.

And she is still having nightmares about her mother and icy water. Nightmares that leave her mother’s perfume lingering in the air, even after she wakes up.

I’m enjoying these short looks at Rebecca’s journals and her journey towards submission. I especially like that Rebecca isn’t blindly falling into a relationship she doesn’t understand. She is asking the sort of questions I would be asking if I found myself in her position. The sort of questions I imagine any sensible and independent person would ask themselves, such as:

“I don’t buy into me having all the control just because I have a safe word. I have no control where this man is concerned.” 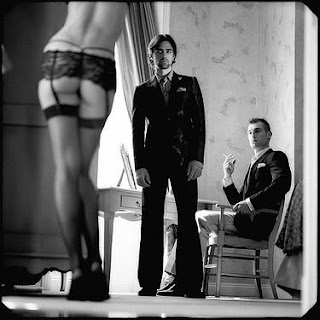 “I can’t be special to him, or he’d want me all to himself, right?”

I find myself getting very curious about who this Master might be. Reason seems to indicate that it can’t be any of the men we’ve met in If I Were You, men Rebecca meets in her work environment regularly. Yet, I can’t help feeling that there wouldn’t be any need for all this mystery surrounding his identity if he wasn’t part of the bigger story as well. I know it is going to be a while before we find out who this mysterious man actually is. And I know I’m going to enjoy every minute and every word of the journey towards that revelation.
Posted by Helena Stone at 22:07