From Top To Bottom by Kevin Klehr - Release Day Review 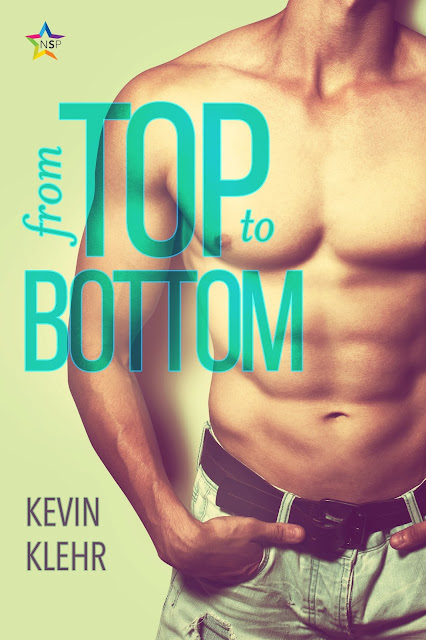 Can a dedicated top really learn to bottom? Tony wants to find out but he’s scared another die-hard top will just plow through him, instead of taking it nice and slow on a newbie.

Enter Butch, a bear who’ll try anything, and Ford, a guy whose curiosity is tempting him to cheat on his boyfriend. Like Tony, both are dedicated tops wanting to try something new, and on this journey of physical self discovery, all will find that being open means more than taking it doggie-style.

And now for something completely different….

Well, not really, but it is true that this story is NOT a romance. Don’t read this book if you’re looking for a happily ever after (or even a happy for now) ending. Or if you have an issue with cheating for that matter, although that is not what this story is about.

There were times when this story tried a bit too hard for me; once or twice both the humour and the sexual descriptions felt a bit forced. Of course I’m more than happy to concede that it is far from impossible that this was a result of my (lack of) sense of humour and personal taste. And it’s true that for every humorous remark that didn’t work for me there were at least five others that had me smiling broadly, if not giggling away to myself.

As for the sex scenes, they were graphic and detailed and at times almost poetic. The resulting combination of crude and lyrical descriptions didn’t always work for me but did fascinate me.

I absolutely adored the conversations between Tony and his father. Supportive parents are of course the salt of the earth, but having a parent take a (literally) active interest in your specific version of sex has to be disconcerting to say the least. Mind you, those talks may have been uncomfortable for Tony, for me as a reader they were nothing short of fabulous.

To summarise, From Top to Bottom was a fascinating, easy, fun and fast read. The story contains a lot of sex, but underneath there’s a beautiful message about taking chances, friendship, personal growth and being open to new experiences. I thoroughly enjoyed the hour it took me to read this book and can see myself picking up something else by Kevin Klehr in the not too distant future; my curiosity has been piqued. 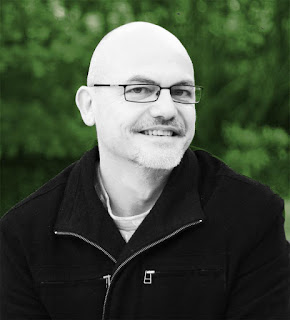 Kevin lives with his long-term partner, Warren, in their humble apartment (affectionately named Sabrina), in Australia’s own ‘Emerald City,’ Sydney.

From an early age Kevin had a passion for writing, jotting down stories and plays until it came time to confront puberty. After dealing with pimple creams and facial hair, Kevin didn't pick up a pen again until he was in his thirties. His handwritten manuscript was being committed to paper when his social circumstances changed, giving him no time to write. Concerned, his partner, Warren, snuck the notebook out to a friend who in turn came back and demanded Kevin finish his novel. It wasn't long before Kevin's active imagination was let loose again.

Kevin has had a few books out, but sadly his publisher closed their doors. All of his work, both old and new, will be re-branded by NineStar Press in 2017. To find out what’s in store, click here.