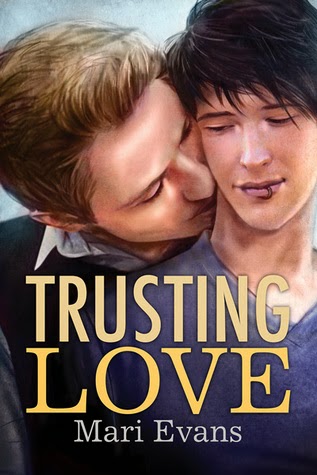 “Laurie Stallon isn’t like other high schoolers. After suffering years of abuse at his father’s hands, he now lives in a foster care facility and finds solace volunteering at the local animal shelter. Laurie’s had to grow up fast, and even though his eighteenth birthday is still weeks away, he’s more adult than most adults he knows. When he meets Dr. Sam Davies, the new shelter veterinarian, the attraction is instant. They become friends at work, but Laurie knows Sam will never go for someone like him. No matter how Laurie tries to prove his maturity to Sam, Sam continues to reject him as too young.

Needing a distraction, Laurie goes out dancing for his birthday and finds his life in danger yet again. When Sam is called to the hospital, he realizes Laurie needs someone to care for him. Sam takes him home, and they slowly build a relationship. But more than their age difference works against them. Facing the disapproval of friends and the scars from Laurie's past, they'll need to put all their trust in love for a chance at a future together.”

What can I say? This is the sweetest of love stories. I dare anyone to meet Laurie and not want to adopt him, give him a huge hug and make sure he’s safe. Everything the boy has gone through and encounters in the story is enough to break your heart. It is completely understandable that he awakens all sorts of protective instincts in the 10 year older Sam Davies.

One of the things I really liked in this book is that Mari Evans made both characters multi-dimensional.

While Sam is clearly older, wiser and more emotionally stable than Laurie, he is by no means perfect. Occasionally, his emotions take over when reason should reign, which makes him a relatable character.

Similarly, it would have been easy, and believable, to write Laurie as a typical victim, either completely hiding in his shell or stand-offish. The fact that she gave him a sunny disposition to counteract his fears and insecurities made him all the more adorable as a character.

The fact that Laurie is in a lot of ways grown up for his age while Sam is not quite as grown up as he likes to think also makes the relationship between the two of them more believable.

Another thing that worked really well for me was the careful and tender way in which the physical relationship between these two men develops. The fact that it's also incredibly hot is a wonderful bonus.

I wasn’t quite as charmed with the way the book was written. I would have liked to have gone deeper into the characters. While all their thoughts and emotions are described in clear and at times beautiful language I often couldn’t ‘feel’ what they were going through. I am however willing to concede that this may be a result of personal preferences rather than the author’s ability to tell a good story and am sure that the tone of writing will work perfectly for other readers.

Summarizing this was a sweet and ultimately uplifting love story featuring two endearing yet realistic protagonists. This book is Mari Evan’s debut and I for one will be keeping an eye on what she’ll bring us next.