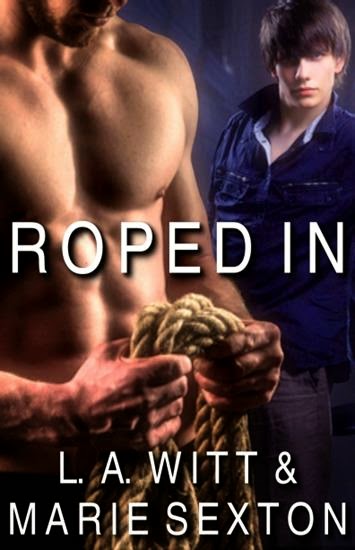 “Graham and his roping partner Jackson have ruled the rodeo scene for ten years running, but lately, Graham’s heart isn’t in the game. He’s tired of the bruises, the cowboy mentality, and the animal rights activists who picket every event. And then there’s Jackson.

Graham and Jackson have been friends since they were boys. But ever since their drunken sexual encounter the year before, things have been awkward. Graham’s accepted that he might be gay, but no matter how attracted he is to other men, he always panics and runs when the clothes start to come off.

Then Graham has a run-in with one of the rodeo protesters, and everything changes. Kaz is young, idealistic, and sexy as hell. And Kaz has an idea for getting Graham past his nerves and into bed.

All they need is a bit of rope.”

This was a wonderful novella and a lovely story.

The three characters in this book all managed to tug at my heartstrings. It would have been impossible not to feel sympathy for Graham who may have found the courage to admit he’s gay but doesn’t have the nerves to stay with a man long enough to actually experience intimacy.

Jackson is Graham’s rodeo partner as well as lifelong friend. Their friendship has been strained for a year though, after a drunken and aborted sexual encounter. Graham has also been in love with Jackson for years but is convinced his feelings are one-sided.

Kaz is a young animal activist, protesting at rodeos. When he meets Graham during one of the protests the attraction between the two men is instant and they act on it. When Graham discovers that all he needs to relax with another man are a few orders and ropes to tie him, a whole new world opens before him.

But Kaz and Graham have nothing in common apart from a very strong and hot sexual chemistry. And Jackson isn’t quite as uninterested in Graham as he had thought either.

I adored the love triangle in this book. Especially because I couldn’t predict how it would end and also wasn’t sure what ending I was hoping for. The issue wasn’t black and white. Both Graham’s option looked good and attractive. Both had their pros and cons. And the rejection of either man was going to be painful to read about, yet one of them would have to surrender to the other.

“It reminded me of putting blinders on a horse – you didn’t take the threat away, you simply took the horse’s ability to see it. And somehow, with my hands tied between us, I felt more at ease than I had a moment before.”

Kaz’s soft touch dominance and Graham’s reaction to it were beautiful. Kaz is a passionate man with doubts and fears as well as dominant in the bedroom and seeing both sides of him made him all the more attractive as a character. Graham’s road to ecstasy was mesmerizing, as well as incredibly hot and the descriptions of Graham finding freedom while being bound took my breath away. 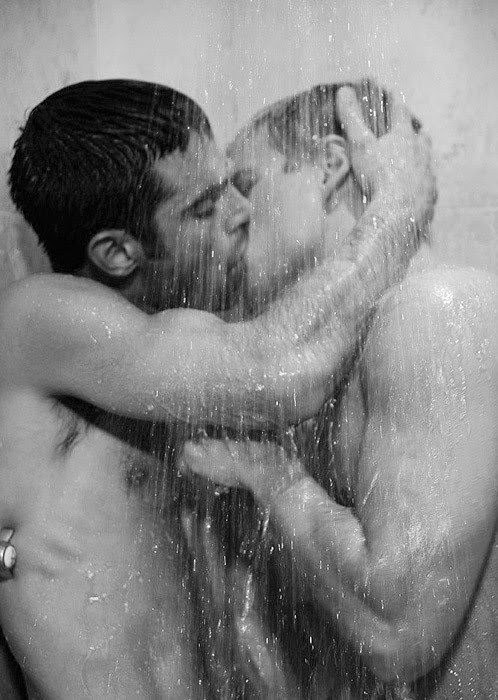 “Being untied didn’t mean being free. It meant being a victim to my own fears and insecurities. I’d never felt safer than I did at that moment, tied to the bed and pinned beneath his slim body.”

“No matter how different we were, we kept up coming back to this. Two men who wanted each other. Simple as that.”
Posted by Helena Stone at 22:56