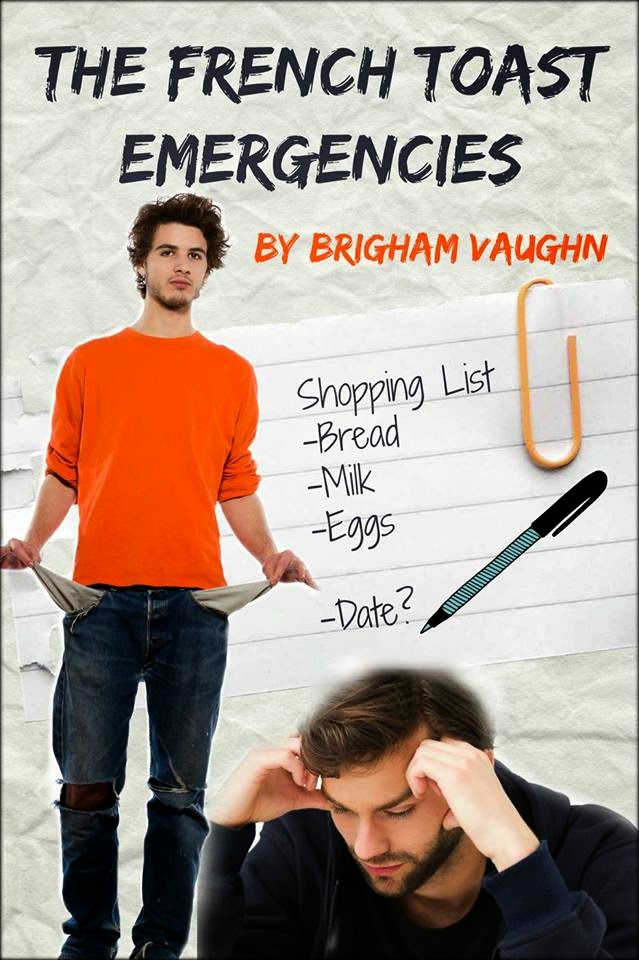 “Arthur Cain has removed himself from a social life littered with mistakes and unhappiness. When a freak April snowstorm hits, he just wants to stock up on the basics so he can get back to writing his thesis. Samuel Richards is a musician with a wicked sense of humor and he knows how to use it. The last thing he expected was to have it save him when he heads out for supplies and everything falls apart. The storm sends both to the grocery store, but neither had a “date” on their shopping list.

It’s one disaster after another for Samuel, but the history student comes to his rescue. If only Arthur was as good dealing with live men as he was with dead Vikings.”

“With ten to twelve inches predicted, don’t forget to stop at your local store and stock up on milk, eggs and bread. We have a level five French toast emergency...”

‘The French Toast Emergencies’ is a charming and wonderful story and since this is a new to me author also a revelation. I adored Arthur and Samuel and their meeting in a grocery store. With a freak April snow storm on the way, both young men are trying to stock up on essentials before the weather confines them to their houses. A tug of war over the last loaf of bread sparks something in both of them and when Samuel finds himself stranded outside the store after locking his keys in the car, Arthur offers him a place to sleep until the weather improves.

I loved the contrast between these two men. Arthur is very serious, caught up in writing his thesis, with little time for a social life, never mind dating. Samuel appears to be more carefree and playful and yet they’re perfectly suited to each other. I really liked that despite the obvious attraction between them, Arthur and Samuel decide not to rush things from the very first moment. And I loved, that when it came down to it, both of them were looking for the same thing. By the end of the story I felt that I knew both characters, which impressed me since it is ‘only’ 46 pages long.

All too often when I read short stories I’m left feeling short changed. The stories feel rushed, the characters underdeveloped or the ending disappointing. ‘The French Toast Emergencies’ had none of those issues. It was a complete and very satisfactory story about two interesting and likeable characters. I’m more than a little bit impressed and will have to add Brigham Vaughn to my must read list.

On a side-note, even if I hadn’t liked this story I would have loved the way it came into being; as the result of a Facebook thread. Which just goes to show that inspiration can really be found anywhere provided you’re open to it.
Posted by Helena Stone at 22:44