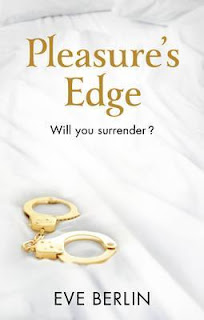 “You cannot begin to describe the dynamics involved without having been there.”

He will take her in hand and train her, as the submissive he’s convinced she is. Dylan however is sure that she doesn’t have a submissive bone in her body. She has had to be in control for most of her life and likes it that way. She does accept the challenge though; on the condition that once it is clear that he has failed at “taming” her she gets the opportunity to top Alex. It soon becomes clear though that this is one power-exchange in which both participants will learn new things about themselves.

I really like this book. I like that there is no overpowering male more or less bullying the innocent young woman into something she knows nothing about. I like that Dylan went into this arrangement with her eyes wide open, willing to try even if she didn’t think being submissive would work for her. And I liked that Alec took the time to explain things to her, was happy to take it slowly even though his own need was enormous. I loved that there was no threat attached to the use of the safe-word. It might end the scene, but not necessarily every contact between the two of them.

“It’s hard to let it all go, to hand over your power to another person. Just remember there is power in doing that. In making that choice.”

I also liked that this is a story about equals. Dylan and Alec may be in a power exchange relationship, but we’re not dealing with a strong and a weak character. Both Dylan and Alec are extremely independent, and guard that independence jealously. And that is the one and only issue in their relationship. As the experiment slowly turns into a need to be together, neither are able to deal with it or to recognise their feelings for what they are. They may have their own personal reasons for rejecting commitment and love, but their feelings on this point are equally strong for both of them.

On the back cover it says that this book is “perfect for fans for E.L. James and Sylvia Day” and I completely understand why. Having said that, I would rate this book higher than the works of either of those authors. First and foremost because the characters in this book are easier to relate to than those in the “Fifty Shades” and “Crossfire” trilogies. Dylan and Alec are less extreme (in wealth, in innocence, in damage from the past and in their reactions) than the characters in those other books. I also like that in this book we got the thoughts of both main characters rather than only one of them. 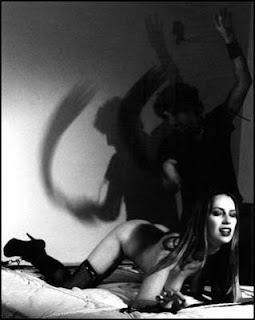 As for the sex; well, it’s hot and there is plenty of it. And the wonderful thing is that in this story it makes perfect sense for the sex to play a dominant (pun intended) role. The set-up of this story demands that the main characters get up close and personal quickly and quite often. And they do. The way in which the attraction Alec and Dylan feel for each other is described is beautiful and sensuous. The feelings Alec awakens in Dylan are mind-blowing. I loved the descriptions of Dylan losing herself almost as soon as Alec got his hands on her. And I loved the feelings Dylan’s submission brought up in Alec.

“Part of his job as a dominant was to elicit some sort of response from her.”

“With power comes responsibility. I need to have some insight into how you’ll respond when we play and why. So that I can properly care for you.”

“What matters are the gifts of trust and energy they exchange. That’s the beautiful part. That’s what it’s all about, Dylan.”

“Mind-fuck is an inevitable part of the process.”
This book is very well written, hot and totally engrossing. I am already looking forward to reading the second book, “Desire’s Edge”, in the not too distant future.
Posted by Helena Stone at 11:32